It is not of royal lineage, but is essential to the pharmaceutical industry. Meet the limulus, an animal… Full of surprises.

Limulus polyphemus, or simply limulo, is more commonly known as Atlantic horseshoe crab, or horseshoe crab. However, this armored arthropod does not resemble a crab at all. 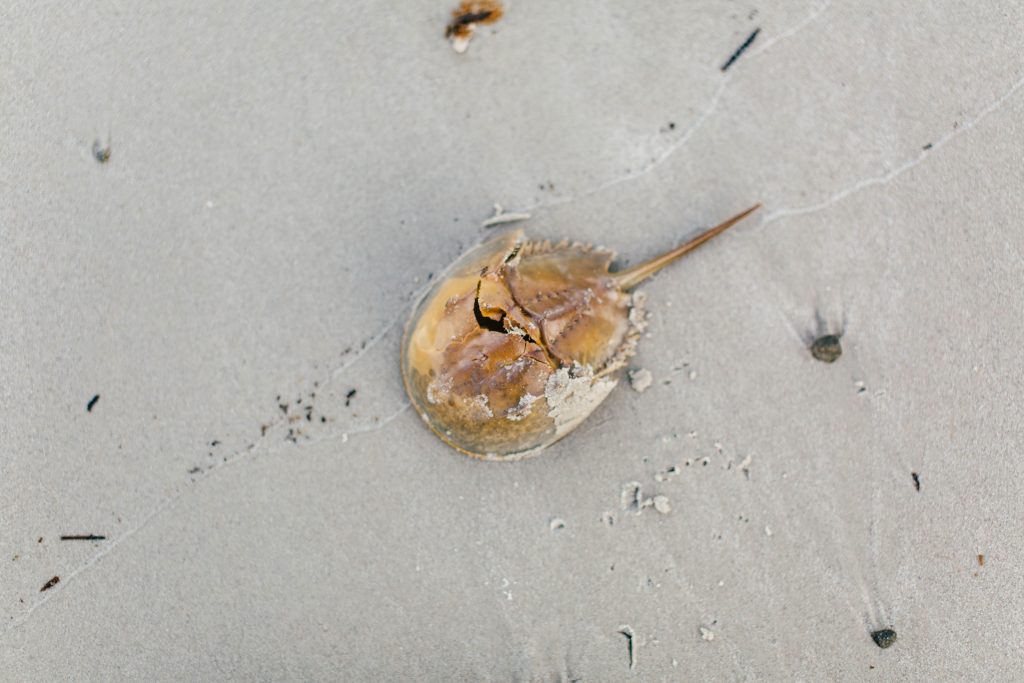 The limulus is a real living fossil: the first specimens date back to about 450 million years ago.

It has been considered a crustacean for years but, today it is classified as a marine arachnid, it is mainly found along the coasts of North America.

But what is its peculiarity?

The limulus is a blue blooded animal.

No, not metaphorically but literally. Its blood is a wonderful blue color, because of copper. 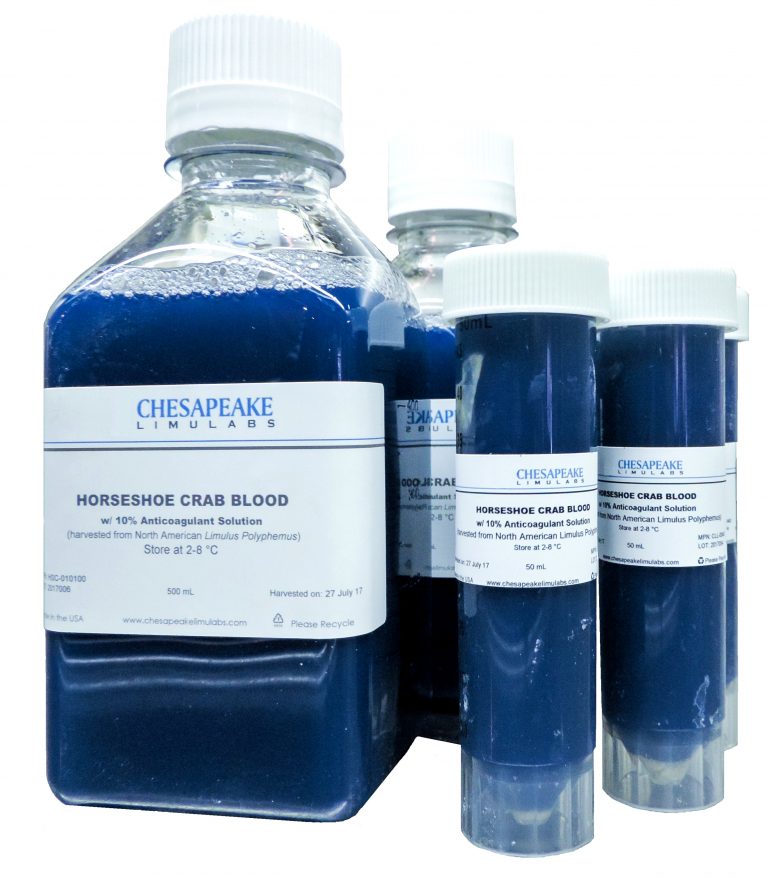 This blood, or more correctly hemolymph, also has an incredible capacity that is part of the animal’s defense mechanisms: it is able to coagulate because of pyrogens.

Pyrogens are very powerful toxic substances capable of causing strong thermal rises once in circulation in the body. This already happens at very low doses, to the extent of a few nanograms (to be clear, 10-9 grams).

It was Florence Seibert, a very successful American scientist (well known for her studies on tuberculosis test), who noticed in 1923 that patients who received injections often developed severe fever, often fatal. She realized that the danger was due precisely to the presence of pyrogens.

The pyrogens can be of microbial origin and not: in the first case they originate from the metabolism or breakdown of the same microorganisms, mainly Gram. Of all, endotoxins are the most important in the pharmaceutical field.

If they enter the blood or cerebrospinal fluid, they can cause excessive febrile reactions, neutropenia, leukocytosis, changes in pressure and vascular permeability, up to shock and death.

Not a small thing is it?

For this reason, pharmaceutical preparations such as injectable preparations must not only be sterile (and respond to many other rigorous characteristics) but also non-pyrogenic.

So let’s go back to the protagonist of our story: why does limulus have this importance?

Given the ability of the hemolymph to coagulate in the presence of pyrogens, the blood cells of the limulus, called amebocytes, are collected. An aqueous extract called Limulus Amebocyte Lysate (LAL) is then produced.

What is called LAL test is then carried out: our drug by injection is put in contact with the LAL.

If endotoxins are present, the hemolymph coagulates in a dose-dependent manner, so the higher the concentration of toxins, the faster the blood will clot.

Obviously, if the blood coagulates and we are therefore in the presence of pyrogenic substances, the preparation is immediately discarded.

It is necessary? Yes, this test is of paramount importance for patient safety. Since the use of pyrogen mortality that followed the injections, previously very high, it has been greatly reduced, to the point of practically eliminating itself.

And the health of the limulus? Its importance in the biomedical and pharmaceutical sector is well known around the world. The limulus is protected for this reason. Once fished, its hemolymph is withdrawn, then it is put back into the water and marked not to be subjected to this stress again. Mortality after this test is also not high.

However, many are striving to have an in vitro test with the same effectiveness and validity. Recent studies are trying to replace limulus with a synthetic alternative. Good results have been obtained but for now unfortunately we still do not have the possibility to eliminate the use of limulus.

To this day this animal continues to save many human lives.

And if you are interested in the relationship between animals and medicine, here I will tell you about bats carrying pandemics and deadly fish.

We use cookies on our website to give you the most relevant experience by remembering your preferences and repeat visits. By clicking “Accept All”, you consent to the use of ALL the cookies. However, you may visit "Cookie Settings" to provide a controlled consent.
Cookie SettingsAccept All
Manage consent

This website uses cookies to improve your experience while you navigate through the website. Out of these, the cookies that are categorized as necessary are stored on your browser as they are essential for the working of basic functionalities of the website. We also use third-party cookies that help us analyze and understand how you use this website. These cookies will be stored in your browser only with your consent. You also have the option to opt-out of these cookies. But opting out of some of these cookies may affect your browsing experience.
Necessary Sempre abilitato
Necessary cookies are absolutely essential for the website to function properly. This category only includes cookies that ensures basic functionalities and security features of the website. These cookies do not store any personal information.
Non-necessary
Any cookies that may not be particularly necessary for the website to function and is used specifically to collect user personal data via analytics, ads, other embedded contents are termed as non-necessary cookies. It is mandatory to procure user consent prior to running these cookies on your website.
ACCETTA E SALVA